I’m not a camper by any means but there’s something about glamping that I’ve always wanted to try so I did!

So it was a two and a half hour drive from Auckland and you get taken to a gravel road by google maps. From there you need to know what you’re doing as there is no reception.  After about 5 minutes you come to a locked forestry gate which you have the code for and from there you carry on to get to a fork in the road you turn right and little signs lead you to the glamping site! There are people or no reception so it’s a weird feeling

You get there and there’s your bedroom (which is a tent) all set up waiting for you but it’s not just any tent it has a deck and wooden floors and then a massive bed!  It’s also furnished and there’s an old school heater and some lovely fluffy towels like the ones mums buy.  There’s a little picnic table on the deck and lots of solar powered fairy lights to turn on, it’s so much fun.  I turned on the light also put my stuff in there and closed up the tent as I didn’t want mozzies starting to head on here as by now it’s 7pm 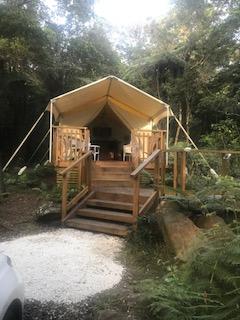 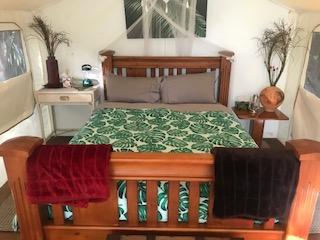 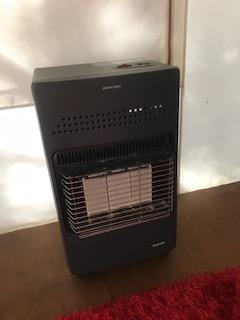 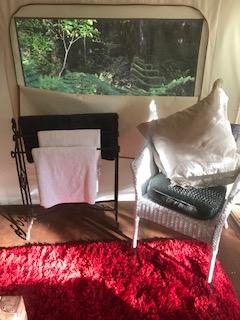 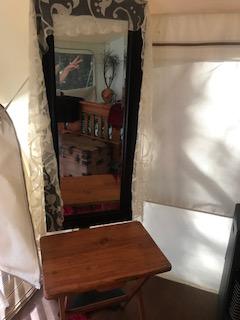 And then there’s also a hut!!  It and old Kauri Cottage from 1895 which the owners have gutted and made into a kitchen and lounge!  It’s right next door and in here there is everything you need, infact it’s just like a small batch.  Running water, kettle, gas hobs, pots, pans, plates, knives, forks.  Teas and Coffee and even local honey! 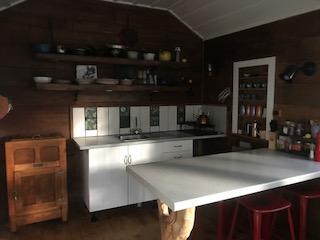 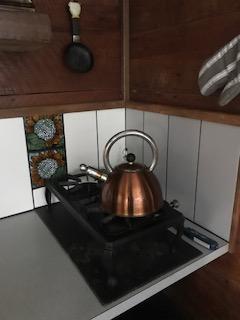 Then in the lounge part there’s a couch, chairs, small fire, curtains, table, flowers, puzzles, blankets, everything exactly like a kiwi batch would have! 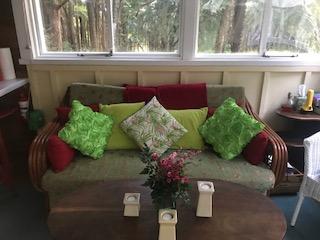 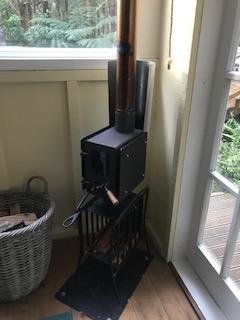 My favourite thing which took me ages to even discover was the fridge!! 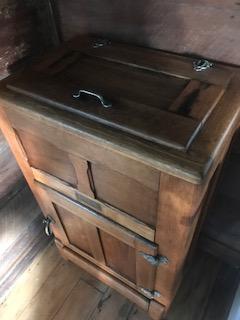 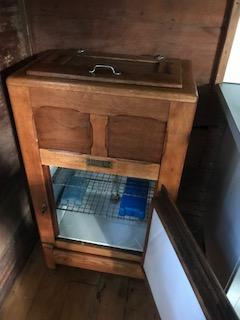 So the fridge is over 100 years old.  It has Antarctica written on it and the top open up and there’s a bag of ice which has been placed in there that day and then you open up the front and I see it’s a fridge!!  It’s the ice on top that’s keeping the fridge chilled down the bottom!!  So much fun, I had heaps of those Sanpellegrino Drinks in the car so I went and got them to simply put in this fridge I had found 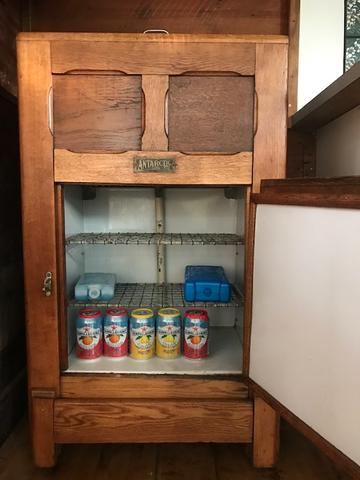 There’s pictures of them building the hut and native art work everywhere it’s so nice!!

And then you head outside and there’s more!!

A toilet made out of an old meat safe!!  A big shower with running hot water, lots more amazing fluffy towels and an outdoor bath! 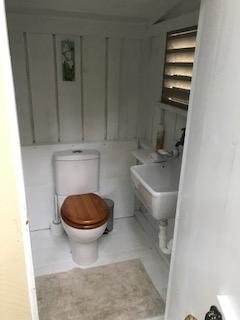 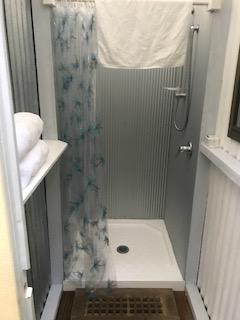 I made the bath so hot it I ended up having to stand around for ages. 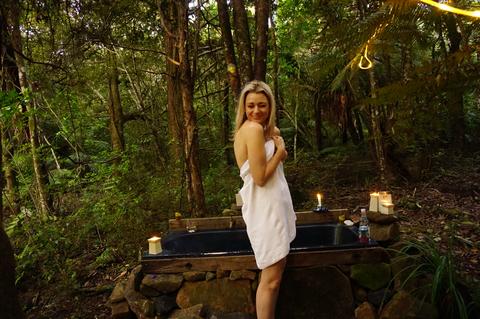 I didn’t do much I actually just chilled, I made some hot drinks by boiling water and then was so tired ended up going to bed early!  There were no mozzies in the tent but I still used the mosquito net above the bed.  OMG getting to sleep was a mission; I kept hearing all these animals walking around.  I tried to tell myself it must be kiwi’s as that would be awesome but then as they started fighting a scrapping a bit I realized probably just possums!!  But so many types of native birds singing away, it really was beautiful to hear. 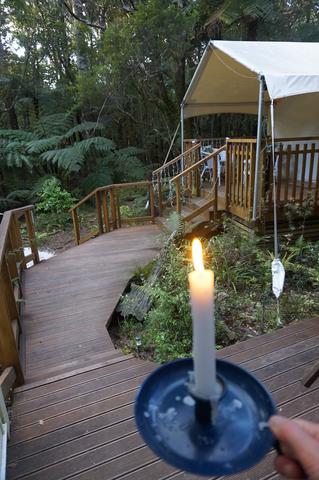 Such a great way to recharge!  I had to get back to work so was up and away early buts there’s heaps of forest walks they recommend doing and there’s a big fire pit if you choose.  I highly recommend it and I know they also do gift vouchers at Canopy so if not for you then maybe a family member needs a break

There’s no power and no phone service

And the clock on the wall every few hours make the sound of native birds.