Five things to do beyond Waikiki – Hawaii

We walked passed a simple looking sign saying “Caution- Dangerous Path Ahead” not thinking much of it we kept going. We suddenly found ourselves having to scale up a steep cliff-like incline with only ropes to hang on to. It was pretty hairy and if it wasn’t for a local couple coming up behind us showing us the way, Erin might still be on that ledge! Turns out, we went up the hardest way possible and we found a lot more user-friendly tracks on the way down. However the views are breathtaking with plenty of good photo ops- even Erin said it was worth it in the end. 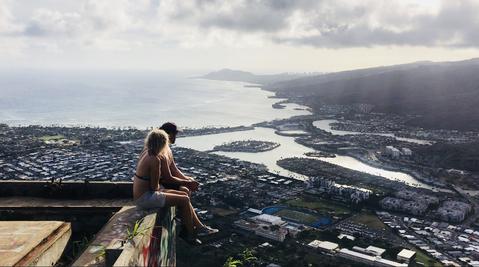 Literally like walking into a scene straight out of Glee, High School Musical &/or American Pie.  Brass-Bands having song battles, Jocks going at it on the field impressing cheerleaders and amazing Nachos for only $4!  We hadn’t had this on the to-do list but we spotted the $6 Million dollar ‘High School’ field from the top of Koko Head.  We soon discovered that there are 50 high schools in Hawaii and this is just their regular Friday night! We loved it so much we found another game the following week as there’s enough going on to keep even the least sports orientated person occupied for hours (cough cough not naming names). 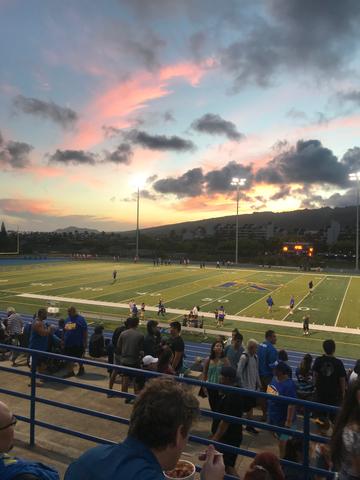 Growing up watching footage and surf comps from the area, we had to visit just to tick it off the list. The Seven Mile Miracle is a string of beaches stretching from Haleiwa to Sunset Beach & is home to the some most famous surf breaks in the world, including Waimea Bay & Pipeline. We jumped in the car and headed about an hour North from Waikiki. It’s surprisingly small and undeveloped- think Whangamata 20 years ago. It’s also home to some of the best food trucks on the island. The Sunrise Shack near Sunset Beach is where we found our best coffee and Sandy’s Sandwich Truck, parked up at Shark Cove, boasts the best burgers on the North Shore- the Deluxe Double Cheeseburger sent me into a food coma! 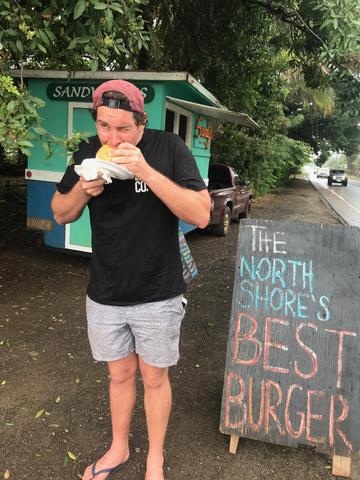 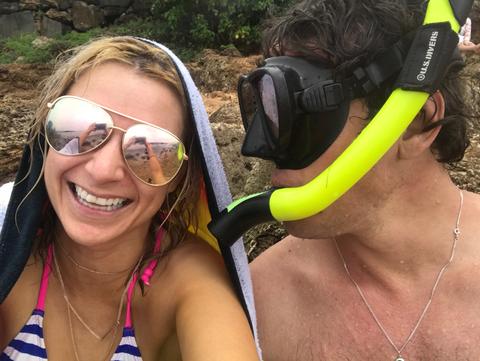 The Seven Mile Miracle from Haleiwa to Sunset Beach

This day was a real adventure, Erin was looking for a sandy beach for a bikini photo and I was looking for another hike. We couldn’t find either, so we simply kept driving to see what was around the next corner.  Our adventures took us down the East Coast of Oahu as we hugged the rugged coastline. The scenery along this piece of road was incredible often something similar to what you’d see on the Coromandel, easily our most memorable drive on Oahu. Eventually the road lead us to the finding the popular walk to Makapu’u Lighthouse which again I convinced Erin it would only be about a 20 minute round walk. 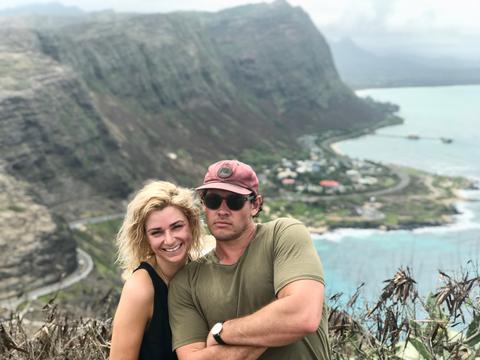 This day happened to be the hottest day of the trip. We wanted to film just about everything, but turns out you can only take your wallet in.  We first walked through the floating Submarine museum, that made Erin claustrophobic and made me realise I could never serve on a sub, as they are made for people 5” tall.  Next was the USS Arizona Memorial, which included a short film to set the scene; helpful as Erin thought Pearl Harbour was where you went to buy necklaces. It’s a sobering boat experience out to the memorial as there are sailors trapped inside and the wreck is still leaking oil nearly 80 years after the attack (1941). 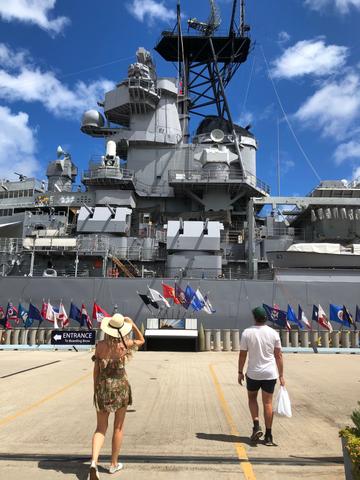 After this we jumped on a bus to Ford Island. The intercom told me that’s where the USS Missouri & Pacific Aviation Museum lives-  all Erin heard was there was a café and place to drink wine. The Aviation Museum was my favourite, housing a B-25 Mitchell, P-40 Warhawk, a Japanese Zero and an array for post-war Jets:  my favourites being the F4 Phantom & F14 Tomcat. There’s also a B-17 Flying Fortress getting restored in the back.  Erin found the only seat sheltered from the sun but to this day will complain that she never found the wine. 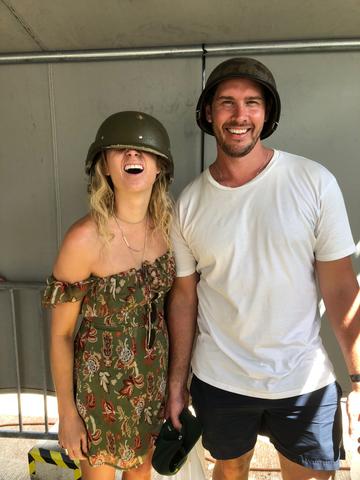 On entry you are issued a passport, don’t lose this, you need it everywhere

For more information for any New Zealander planning a trip to Hawaii simply visit www.gohawaii.com/nz